Redmaw Holsteins harnesses the power of Comestar to hit the top 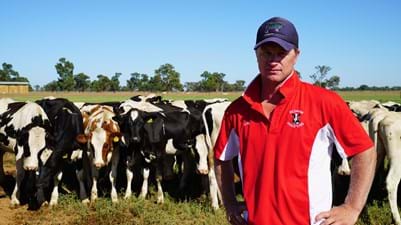 Three of the four new Redmaw heifers share the sire S-S-I Exactly Percy-P-ET, and all can be traced back to Comestar Laurie Sheik, with this legendary family now performing strongly in what is already one of Australia’s highest BPI herds.

With Redmaw Holsteins focus firmly on the former, Jared Ireland says: “To take out the top two spots plus another two in the top 20 is obviously great news for us. I guess of the four heifers the one we have big plans for is Redmaw Percy Lautamay 2428. She’s confirmed PP Polled, A2/A2, so we’ll be embarking on an intensive flush program with her.”

Rohan Butler, Holstein Australia’s Genetic Services Manager, says: “I think it is safe to say that over the coming months we’ll see more Jeronimo heifers coming in towards to the top of these lists. It’s also great to see that one of the Holstein world’s greatest cow families of recent years is set to gain a firm foothold in Australia through Redmaw’s planned breeding program.”